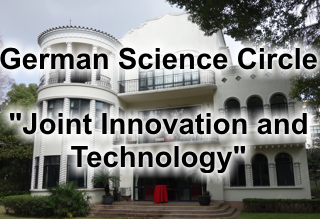 The Consulate General of Germany in Shanghai supports German companies and researchers from the provinces Anhui, Jiangsu, and Zhejiang by organizing a German Science Circle which meets in Shanghai. These meetings are always very interesting and good opportunities for exchanging thoughts. Today, I attended such a meeting with the focus on the collaboration of Max Planck Institutes [MPG] with Chinese groups and researchers. Two top-level researchers, Professor Dr. Klaus Müllen, Director of the Max Planck Institute for Polymer Research in Mainz and Professor Dr. Markus Antonietti, Director of the Max Planck Institute for Colloids and Interfaces in Potsdam-Golm, gave their thoughts in impulse talks about "Joint Innovation and Technology". Here I want to summarize what I learned at this meeting and add a few thoughts.

The first presentation of the meeting was given by Prof. Dr. Klaus Müllen, an outstanding researcher in the field of polymer research. He is known as the most-cited German chemistry scientist and has received several awards and honorary professorships, including at the Institute of Chemistry of the Chinese Academy of Sciences  and the Shanghai Jiao Tong University. His talk was a tribute to his Chinese associates. He emphasized their dedication to work, their excellence, and the great interpersonal relationships he could develop with them. Prof. Müllen gave several examples for the inventions his Chinese associates have contributed. He furthermore pointed out that China has become very competitive and fast in terms of turning innovation into applications.

Prof. Dr. Markus Antonietti gave the second talk. He, too, is an outstanding researcher with strong ties to China, with honorary professorships at, e.g., the Dalian University and the Shanghai Jiao Tong University, as well as guest professorships at Zheijang University, Hangzhou University and the University of Science and Technology of China in Hefei. He talked about the high pace in which the Chinese research community develops. As a baseline, statistics show that China now has now more researchers than any other country (or Europe) and also overtaken both the USA and Europe in terms of scientific productivity. The high number of graduates in MINT fields every year provide China an incredible potential for research and show that the country is investing in a future driven by innovation. He also observes that different Chinese provinces build different areas of competences, which is different from, e.g., Germany. International groups looking for collaborators in China should hence look at the right places. Another important factor are the traditional levels of social togetherness in the Chinese society, including family, people from the same town or province, and people who have studied or served together. Building upon these levels is important to establish trust and loyalty.

In both talks and the following discussions, the quick development of the Chinese science environment was emphasized, as well as the need for international groups to establish collaborations with Chinese groups in order to utilize and combine each other's strengths.

Like all the previous meetings of the German Science Circle in Shanghai, today's meeting and presentations were very interesting for me. I want to thank the Science Department of the Consulate General for organizing it and for providing such a nice atmosphere. The meeting has shown to me once again that China and Germany can benefit significantly from each other in the fields of Science and innovation.