Our Institute warmly welcomes our distinguished guest Prof. Dr. Rolf H. Möhring from the Fachgebiet Kombinatorische Optimierung und Graphenalgorithmen (COGA) of the Institut für Mathematik at the Technische Universität Berlin (TUB) in Berlin, Germany. Prof. Möhring will stay with us for a short research visit from June 5 to 8, 2018. During his stay, he gave the research talk on "Dynamic Network Routing: Meeting the Challenge of Complex Traffic and Transportation Tasks" and conducted joint research with our Dr. Zijun Wu. 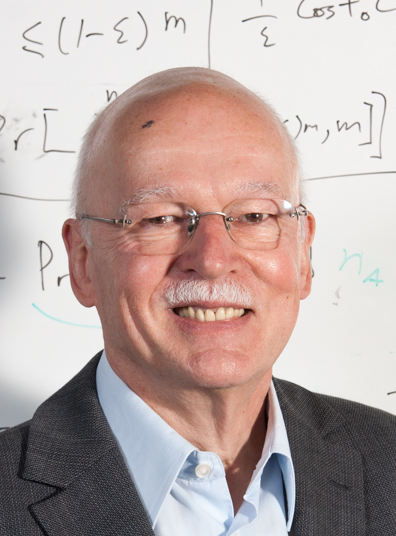